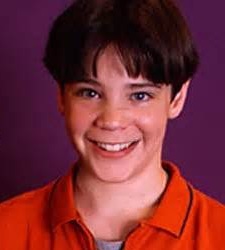 Jared Nathan was born on August 10, 1985, and grew up in Nashua, New Hampshire. Outgoing and personable from an early age, he was barely past toddlerhood when he joined local acting groups and took part in many stage productions. When he was 12, he scored a part in a Papa Gino’s commercial.

Nathan’s one and only television credit was as a cast member on the first season (1999) of the revamped PBS kids’ show “Zoom.” Everyone on staff was said to have liked him and been pleased with his performance. However, the show’s producers were apparently hoping he would remain childlike forever, à la Peter Pan, and when that didn’t happen they fired him let him go after one season (along with most of the rest of the cast). Snippets of his appearances can be found on the ‘net—very entertaining.

Back in the real world, Jared finished high school and went on to attend the prestigious Julliard School in New York City.

On December 28, 2006, while home on winter break, Nathan was a passenger in a car that crashed into a tree in Hollis, New Hampshire. Sadly, that was the end for him.

After his death, there were many tributes and glowing comments made about him. While it’s true that that seems to happen whenever anyone dies—no matter how awful he or she was in life—in Nathan’s case it appears to be deserved.

The car’s driver survived the crash and was arrested and charged with aggravated drunken driving. He plead guilty to negligent homicide and was sentenced to 12 months in jail, half of which was suspended by the judge.